When Jesus went ashore, he saw a large crowd, and felt compassion  for  them  and  healed their sick. (Matthew 14, 14). The New Testament Greek word for compassion is  splagchnizomai. Its literal meaning is “to have a feeling that touches one to her very bowels.” 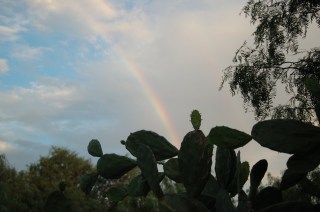 Time has passed; the characters have moved on. The woman has moved back to Mexico, and the physician  is practicing his kindness elsewhere.

The doctor had come to visit our community, a very poor community, one in which a person who had Medicaid was considered someone of great wealth. He was part of large crowd of medical students, professors and practitioners who had come to see the other side of America, the one  that lives on the far side of the tracks.

During a home visit, the doctor came across a woman who was suffering from a goiter. The swelling made it impossible for her to lie down. She was struggling to breathe, and eating was a chore.

The doctor was a good man, and decided that he would take care of her. He realized that she required a complicated and expensive surgery, but volunteered to do this at his hospital.

I carefully explained that the woman had overstayed her tourist visa and now had no immigration papers. I told him that she could well be arrested by border patrol agents at the various checkpoints that are in and around the Valley, and that he, too, could be subject to arrest.

The doctor, with an east Texas accent that made my bones ache, said, “I am a Christian, sir, and I fear no man who would interfere with God’s law!”

I did my part to be sure that the woman understood the risks. She, however, was desperate to be relieved from the malady that was squeezing her throat, and could not imagine a worse fate than the one she was living out.

The doctor decided that they would fly out of the local airport. To reach the departure gates, one has to ascend a flight of stairs. At the top of the stairs, there are usually two Border Patrol agents standing guard along with airport security.

The doctor called me from his cell phone.  “Hey!” he shouted, “We are going for it! Say a prayer for us!” and hung up.

Three hours later, he phoned back, “Praise the Lord! It was a miracle,” he exclaimed. “We were heading up those stairs, and those two agents were staring us down. And then, right before we got to them, they went away.”

“What happened?” I asked him.

The surgery was successful; the woman returned to her home her along the border, where she continued to help raise her grandchildren before, just a while ago, returning to Mexico.