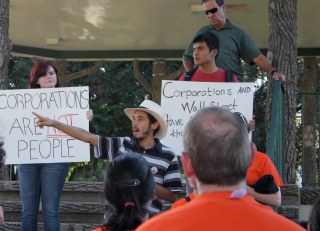 Last week, about three hundred well-dressed, focused people met for two straight days on the campus of the University of Texas at Brownsville. They were participants in the Vista Summit, a gathering sponsored by the University of Texas system and several philanthropic groups. The group spoke to our region’s dilemma—how to release the extraordinary potential of this part of America, given the equally extraordinary lack of public and private resources? More specifically and to the point was the challenge to those charged with public education—how is it possible that the Rio Grande Valley, a place whose culture places huge importance upon education, a region of immigrants who, over and again, acknowledge that the key to their families’ future lies in education, have such poor outcomes?


Half of the children who enter Rio Grande Valley high schools do not graduate. There is no high tech industry to speak of, and the reason given, over and again—the work force is not trained for the skills required by industry.

Last week, about three hundred, comfortably-dressed, focused people met for an evening of marching on the streets of McAllen, Texas, a city just up the highway from Brownsville. They were participants in the OccupyMcAllen Action, a gathering fuelled mostly by university students and following the lead of the young people who have occupied Wall Street for the past month. This group of people marched through town and spoke to a delimma shared not only by our region (although in a special way) but by the entire world—how to release the enormous potential of the 99% of us when 1% per cent have a strangle hold on the world’s resources.


The cynic in me would like to dismiss both gatherings—one more think tank, one more march, what does it matter?


Hope, however, continues to rest upon its perch in my soul, and, cynic or not, I have to say that I found it amazing that so many people filled a room for two full days to wrestle, with hope, with troubles that have been around for a long time. And the march in McAllen, especially when linked with the others going on around the country, I found to be joy-filled. I was especially struck by the comments I overheard a very young man giving to a reporter. When asked “Why are you doing this?” he responded, “We are not doing this for ourselves, but for our grandchildren.”


“We,” he said, aware that the starting point was not himself, alone, but an entire world of people, the “99%.”

“We are doing this for our grandchildren,” he said, this twenty year old, who, although he had no children of his own, was already learning how to look off into the future, planning on being a father and a grandfather.