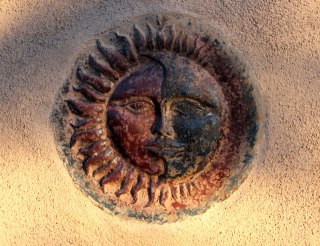 It was a cold, misty morning, the Wednesday before Thanksgiving Thursday. At least 200 people were lined up outside a church office’s door, awaiting a turkey. There was a sense of excitement–the people in line had not expected to be able to offer their families much of a Thanksgiving feast.

I was on the other side of the office door, surrounded by 100 waxed, cardboard boxes, each with a single, frozen turkey inside.

The week before Thanksgiving, a gracious and generous donor had called to tell me that he was giving away 200 turkeys, and that he wanted to give me a heads’ up “so that you can organize which families would receive them.”

I had made phone calls and home visits and had a list of 200 families that would be coming by to pick up their bird. The donor, whom I could not reach on the phone, had only sent me half of the promised donation. At this late date, on Wednesday afternoon, even if I had had the money, there was no grocery store around that that would have had the 100 turkeys I would need to complete the order.

So, I had to figure out the best way to disappoint half of the people that were outside the office door, poor people, and all of them with children who were most certainly looking forward to a Thanksgiving feast.

In the end, I did a raffle. The turkeys went away, and so did the people, some very happy and some very angry.

A very small woman, with fire in her eyes, came up to me afterwards. She said, “You really messed that up. It would have been better for all of us to be hungry, and sad, together. You just made half us of feel better than the rest, and the other half really jealous. So much for feeling thankful.”

I learned, later, that there was some sharing amongst the families that had, and those who did not, but there was not nearly enough to go around.

The hard lesson that I took away from that whole mess was not a new one–the sharing of resources is complicated. It is also a risky business.

The next time, I vowed, I would have the birds in hand before I started making promises that might not be kept.

It was the first Friday of November, and cool, clear,  autumn weather has finally reached the southernmost part of the nation.

On this first Friday of the month, as in each and every month, a meeting hall in San Juan began  to fill up with people. Older women and men, younger families and children filed into the high-ceilinged room.  It was a mixed group of individuals, although each of them shared an air of strength and dignity found in those who are members of a community of laborers.  These were people who knew about hard work. They also knew that working hard, alone, is a kind of foolishness that no poor person can afford.

These were the members of La Union del Pueblo Entero—the Union of the Whole Community—a present day manifestation of one of the many of Cesar Chavez’s dreams for hardworking families.

The meeting began with the Farmworker’s Prayer, each refrain respectfully repeated, much in the fashion of the occupy Wall Street human microphone trick, only LUPE members have done this for years.

A local preacher then stood up, and spoke earnestly on a scripture passage that he had found relevant. People listened and nodded at the right phrases, clapping politely when he finished with his insights.

And then the county sheriff came forward. The union members leaned forward in their seats. They had all known what the Farmworker Prayer said; they could have guessed beforehand what the preacher had opined.

The sheriff, though, was a different sort of nut to crack. The Union had invited him to come and speak about Secure Communities, a program set up by Immigration and Customs Enforcement to help the border patrol “fulfill their mission of securing our borders.” The program had done nothing to make those of us who live along the border feel secure at all. Right now, more than 5,000 of our children were living in foster homes, their parents having been ripped out of their lives and deported.

We know a lot of these families.

The fact is, the sheriff began, I support Secure Communities. It is the law of the land. And I have no choice in the matter.

The group got very quiet. So many families had uncles or aunts that had been pulled over by a deputy sheriff and, lacking identification, had been taken to the county jail, and, then, because of the sheriff’s involvement in the Secure Communities’ program, had been deported by the Border Patrol.

The fact is, the sheriff continued, if you cross that river, in the eyes of the US government, you are a criminal.

The room was now very still.

The sheriff, though, was not finished. “The fact is,” he said, “I am not interested in seeing people deported for traffic offenses, and we need to work together to stop that bit of business all together.” He then proceeded to lay out, step by step, just what he could do as sheriff to diminish the effects of this federal initiative on the local community—and what the local community needed to do to protect their friends and family members, the undocumented citizens of our region.

It seems that the sheriff did well, explaining how he felt he was working to protect and serve the community, even if his department was obligated to cooperate with a federal program that by its very nature creates fear and distrust of the police in the local community. As one older fellow standing next to me at the back of the hall said, “We know the sheriff and we know the deputies. We elect the sheriff, and we can work with him. But we don’t know and we don’t trust the border patrol. Ahi esta el problema—there’s the problem.”

The meeting closed with some announcements and a raffle of gifts, and people headed out into the chilly night air.  There was a sense of accomplishment in the air—the people had spoken, the people had been heard.

There were no fools in this group (another advantage of deep poverty is that no one can afford much foolishness); we all knew that people would continue to be arrested, and that children would continue to lose their parents as the Other People in the United States remained afraid of immigrants.

In the meantime, however, at least in this corner of the USA, we were intent on making our communities safe and secure—for everyone.