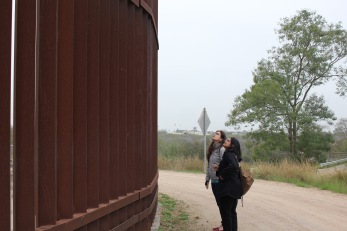 Today, hundreds of thousands of people across the Rio Grande Valley will line up in a church to have ashes placed upon their foreheads. The ashes may be placed in a cross, along with the minister’s traditional admonition “Remember that you are dust and unto to dust you will return.”

The statement is a call to humility, a reminder of just who we are in the grand scheme of things: bound-to-the earth, ephemeral creatures, fashioned marvelously from those same elements shared with all creation, infused with the very breath of God into something eternally precious.

Over the years I have had many conversations with people about the importance to them of this Ash Wednesday rite. In nearly every case, the believer spoke about how the reception of the ashes reminded them to be unafraid, to trust in God. As one child put it, “God watches out for everything, even dirt. So I don’t have to be so afraid.”

Speaking of religious people, we border residents have heard that this coming Friday, the first Friday in this year’s Lent, Vice-president Mike Pence is planning on visiting the Rio Grande Valley. Apparently he is going to go to the Santa Ana Wildlife Refuge.  Santa Ana was targeted for the first parts of Donald Trump’s border wall. The refuge received this dubious distinction as it is one of the few properties along the Rio Grande Valley in south Texas that is federal property, so the government will not have to deal with pesky landowners. On the other hand, the enormous, eighteen foot tall concrete wall will functionally destroy an exquisite wildlife refuge, a park so extraordinary that a 100,000 visitors a year come from around the world to see it. 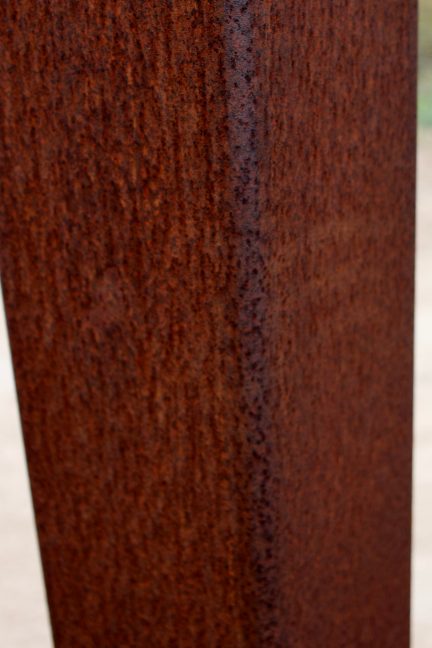 Handprints from someone climbing the border fence.

In my mind, the border wall functions exactly the opposite way as do ashes on the forehead. First, while the rite of imposition of ashes inspires trust, the construction of a border wall stimulates fear. Second, while the words of the rite are a call to recognize the truth of our situation (“dust to dust”), the rationale for the border wall is a pack of lies. The president’s claim that a wall is needed because “illegals are pouring across the southern border” is demonstratively untrue. More people return to Mexico each year than cross into the USA. Those who are crossing the river are legal immigrants—people from Central America and other countries fleeing violence and seeking asylum. They cross the river and then seek out the Border Patrol. They want to be apprehended, so that they can begin the process to legalize their status. In any case, over and again, even the Border Patrol admits that a border wall would only marginally slow passage into the USA.

Third, ashes are of course, cheap. The cost of the border wall, on the other hand, challenges mathematical conceptualizing. The present proposal stands at $25 billion. A friend of mine (to stay with the religious theme) figured that that would be roughly $35,000 a day since the time of Jesus. The cost estimates go up and down, but the price of this marginally effective structure cannot, reasonably, be justified.

The comparison between the imposition of ashes during a religious ceremony and the imposition of a border wall as political posturing doesn’t end with comments on fear, truth, and costs. I think that both the wall and the Ash Wednesday ritual can be  understood as manifestations of magical thinking. For instance, I know a lot of people who believe that the ashes are somehow sacred, offering healing and forgiveness and (magically) a new way of life. In a similar way, huge numbers of Americans believe that the construction of a border wall would (magically) stop the flow and the effects of immigration.

Neither is true. A new way of life requires insight, patience, discipline and a host of other factors that go way beyond the power of ashes. Immigration will not be stopped by the border wall. Most of the undocumented immigrants living in the USA entered with a visa. These people came in through a port of entry, and overstayed their visit. Immigrants running from death are not put off by what is just one more obstacle in their flight to safety. The wall does not live up to its promise.

The ashes, however, even if magical thinking, do indicate some sort of noble aspiration, a desire to open one’s self to new possibilities, to embrace, as it were, a transformation of oneself. That the ashes are distributed in a community of people believing in the possibility of change is a powerful testimony to new, even political, possibilities.

The border wall, though, is a harsh reminder of just how well fear has taken a hold of the American psyche. Americans, it seems, are fine with spending billions of our precious resources to create something that will steal peoples’ land (under the rubric of “eminent domain”), put dozens of communities at risk from flooding, and ruin some of our last remaining wildlife refuges here in south Texas.

The construction of the 2018 border wall is an act of hubris, an arrogant imposition of the will of some powerful Americans upon their fellow citizens. As with all acts of hubris, this project will, one day, fail as well. The astronomical costs to build the wall do not include the costs of maintenance. As Silvestre Reyes, a former Border Patrol Sector chief once noted in a Congressional hearing in Brownsville, eventually “the damned things fall down.”

Before the wall can fall down, it first has to be built. That folly, in fact, is not yet a reality. As Mike Pence makes his way this Friday to visit the proposed initial site for the border wall, one prays that he will recognize at least a bit of truth when it stares him in the face.