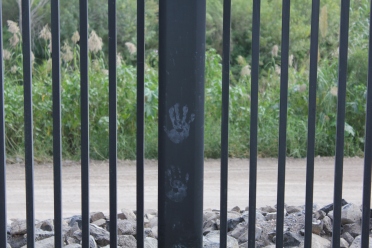 Last week I was at a shelter in Brownsville, Texas visiting with a group of Guatemalans who had recently crossed the Rio Grande into south Texas. After five days in detention, the Border Patrol had released them, and they were now getting ready for a long bus ride to join family members near New York City.

We chatted for a while, and then I asked them about their time in Border Patrol custody.

“What was the most difficult moment for you?” I asked.

A thirteen-year-old girl told me the worst part for her was at the beginning, when a detention center guard had separated her from her father soon after the agents had picked them up.

“It was a woman guard and she told me, you come with me, and then she took me to another cage in the room,” the girl told me.

“Did the guard tell you that you would see your father again soon?” I asked.

“No,” she said, “And I didn’t see him again until about three days later when I spotted him walking to the restrooms. He was way over there (on the other side of the building). I shouted loudly, but he didn’t hear me.”

I thought a bit about what that would be like, to be thirteen and to be in a strange place, with guards, and to have your dad taken away from you, and then know nothing about him, or really, what was going to happen to you, for three long days.

I also thought about how, one year ago, during the Trump administration’s implementation of the practice of family separation, the same guard could have taken her away and she might well have never have seen her father again, nor he, her.

I said to her, “Those must have been three long and hard days for you.”

She glanced up at me for a brief moment, but said nothing.

Her father looked up at her and said, quietly, “I missed you.”

One of the volunteers from the shelter called out her family’s name, announcing that they were to be leaving soon for the bus station. She and her dad quietly said to group, “Con permiso,” got up from the table, each of them taking the small backpack that contained some water, a snack and a blanket. That, the clothes on their back, and their traveling hopes were their provisions for this new chapter in their lives.

That night I was texting with an old friend from Guatemala. I told her that I had met a family that day from her part of the country. I told her that they seemed to me to be worn out by the journey. She responded that she had known many people who had tried to make the trip to the US, but who had been deported back to her region.

My Guatemalan friend is a spiritual director, and so I was not surprised to hear her say, “We worry about these people. It is as if they have lost a bit of their soul along the way. They are not the same people as they were when they left, especially the ones that have lost their children.”

“But,” she continued, “Guatemala is complicated and very dangerous and they have no choice but to leave. But their souls keep leaking away. I so worry about my people.”

I was happy that I had gotten to see them leave the shelter, his hand lightly on her shoulder, her face looking up at him with the gift of a smile as they stepped through the door into the bright light of a Texas afternoon.