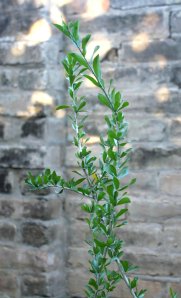 Antonio is the oldest of eight children. Tall and slender, he takes after his father, at least physically.

Antonio’s mother is a short, powerfully built woman. She was, when I met her, an undocumented citizen, a woman whose husband kept her under his thumb, as he liked to say, by virtue of a chronic threat to have her deported, and, therefore, separated forever from her children.
On one warm September Saturday morning, Antonio’s mother packed up her eight children and walked away from her Pharoah of a husband, taking with her only what she and her children could carry. The family spent much more than forty days and nights sharing a single room in a local shelter for victims of domestic abuse. In the end, thanks to the good people at Proyecto Libertad, the mother received a visa and permission to live, documentedly, in the United States.
Her children grew up; they were bright and athletic and charming and despite the turmoil of the family, happy.
Antonio practiced the business of being the oldest child with due diligence. He was a bit stricter with his sisters and brothers than was necessary, and was heart-breakingly sensitive to his mother and her needs. The family was poor and could not count much on the father. As he grew into high school and prepared for college, Antonio nurtured a dream of being a civil engineer. When he graduated with honors from college, he did not, however, apply to the Houston engineering firm that had courted him. Antonio applied, instead, to be a Border Patrol agent.
His mother sought me out when she discovered his plans. She was so angry that she wept as she told me how she had worked so hard for her son to have an honorable profession, to be someone that would be respected. “I did not raise him to carry a gun, to go around frightening people.”
I agreed to speak with Antonio. He, in turn, was quiet and clear as he explained his reasons for abandoning his life dream. “If I accept the job in Houston,” he told me, “It would be at least a year before I would make any money to be of help to my mom. With the Border Patrol, on the other hand, I would get a good salary as well as health insurance for my entire family. I don’t really have a choice.”
I wished him well, and, as he and his mother left the office, I reflected on the oddness of the Mexican-American border patrol agent, on the formerly hunted now playing the role of the hunter.
Weeks later, I ran into Antonio at the grocery. He was sheepish when I asked him how things went with the Border Patrol. “I didn’t measure up,” he said, and told me that how, as a part of the initial interview, he was asked to consider a number of number of scenarios . In one of them, Antonio was told to imagine that he had come across a group of people crossing the Rio Grande. “You have your pistol out,”says the field agent interviewing him, “But one of the smugglers has a gun as well. What do you do?” Antonio said, “I thought for a minute and said, ‘Well, since I have a gun on him, I would negotiate with him, and get him to put his gun down.” The Agent laughed at him and said, “Son, you shoot that man five times. You kill him five times. We are the Border Patrol. We do not negotiate.”

What is the more difficult choice here, to go along with the Border Patrol bravado, and come away with a good job, or walk away?

Antonio looked at me sharply, much like his mother would, and said, “I walked away. I didn’t want to spend my life terrorizing people. Maybe somebody has to do that job, but I don’t think that it can be me. I think that I would do better designing cities, anyway.”
He shook my hand, and then moved on down the aisle, picking up the groceries for his family. At twenty-one years of age, a braver man than most I have known.